And GREAT service Too!

OK,  I so wanted to scream, after writing the great first impression reviews (which you can read below) and going out and using it more I was really loving the saw.. till.... it broke, motor runs, chain doesn't spin!!   figured the chain slipped off the drive gear or something. took off the cover, nope. Pull the trigger and the drive doesn't even turn.Well got back home, and called their service number. The person I talked to was very nice and asked if I'd be willing to bring it to a local service store which they found on their listings. Sure I say, probably be faster that way. Well about a dozen tries on the phone and then a drive over to the "store" come to find out it was an old guy who did service out of his garage and, well he didn't anymore.
Of coarse it was too late Friday and I had to stew all weekend before I could call Greenworks back on Monday.  Again I got a very nice person. After a quick talk and a little description of what happened and the issue of it sorta skipping even when new (which you can see in a few of the videos), she put me on hold as she wanted to talk with a technician about it. Not a minute later she was back on the line and asked for my mailing address. "oh, what is it a simple part I can replace myself?" I asked. She stated that they really weren't sure but had never heard of the issue and it most likely from the description of the issue when right out of the box it may well have been a manufacturing defect and that they were just going to send me a new one for my troubles instead of trying to fix it. Cool... It came today.. and whats better,.. it's everything, not just the saw, but a charger and battery too, Ok it's the smaller battery but still, the batteries cost more than the actual saw does!  So now I have 2.  That's what I call a company that strives for customer satisfaction! 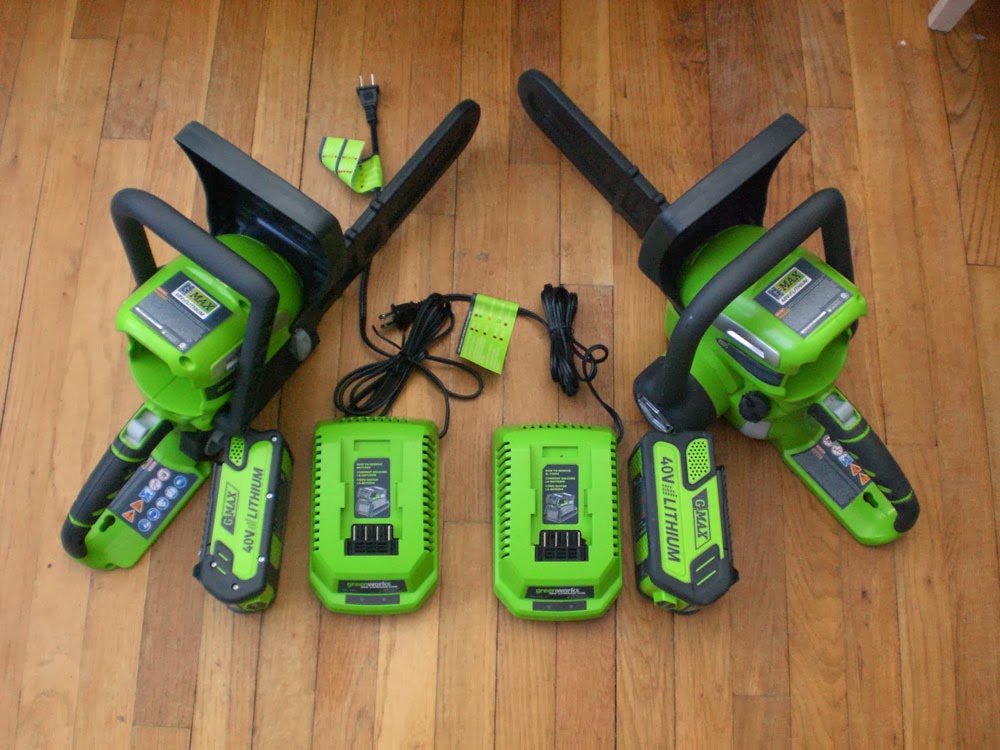 The one on the right is the broken one.. but the battery and charger are still good!


Now let's see if I can break this one too! and I my just tear the other apart and see if I can fix it.  Win Win!

OK, being, well, Me. I had to take the old one apart and see just how the whole thing works and what the actual issue was with the saw... not to hard to find.